See for Yourself with our 100% Satisfaction Guarantee 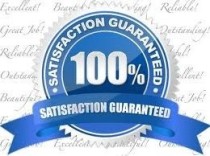 "If you are not satisfied with the quality of our work it's free."

Please call us at: 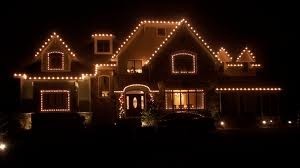 Coto de Caza :
Meaning game preserve in Spanish is a guarded gated community in San Diego. Coto de Caza has population around 14,866. With 4,000 homes and one of Orange County’s oldest and most expensive communities. The project began in 1968, when it was envisioned as a hunting lodge. It was completed in 2003. When it comes to big homes we are the ones to call. Superior window cleaning will send a highly trained crew to make sure the job is done %100 and completed in a timely fashion. Not only are we the best window cleaners we pride ourselves on are efficiency. So if you live in Coto de Caza and want a reputable window cleaning company to come out and service your home give us a call.

Is divided into nine villages. Within each village, individual builders develop an area called a neighborhood. There are ten or more neighborhoods per village. The villages are:

Ladera Ranch is one of our favorite neighborhood to clean windows. Call and ask about are neighborhood specials. Most of the screens come out from the outside. Which makes it easier if your looking to have just the exterior windows and screens cleaned.

Newport Beach: Incorporated in 1906, an affluent coastal city in in Orange County. The population was 85,287 at the 2010 census. Newport Beach is also home to Newport Harbor. Newport beach homes have some of the best views in Orange County. With houses being so close together window cleaning can be difficult. So leave it to the professionals. We have special stackable ladders. Which makes it easier for us to get to those hard to reach windows. Want us to setup a partial monthly service to maintain your view windows at a reasonable rate? No problem.

San Clemente: Located on the California Coast, midway between Los Angeles and San Diego at the southern tip of the county, it is known for its ocean, hill, and mountain views, a pleasant climate and its Spanish Colonial style architecture. San Clemente’s city slogan is “Spanish Village by the Sea”. San Clemente has a wide variety of homes. From new track homes to custom built beach homes. No job is too big or small for Superior Window Cleaning. Need your home pressure washed before you put it on the market? No problem. We pride ourselves on the results we deliver. Don’t be silly and pay thousands painting your home before you sell. Try our pressure washing service at %25 off and you will be blown away at the difference it will make.
San Clemente Zip Codes: 92672 – 92674

Dana Point is a city located in southern Orange County. It has one of the few harbors along the Orange County coast, and is a popular local destination for surfing.
The city was named after the headland of Dana Point, which was in turn named after Richard Dana author of Two years before the Mast which included a description of the area. Dana described the locale, including neighboring San Juan Capistrano as “the only romantic spot on the coast. Need your windows cleaned in Dana Point? No problem. Call Scott about the Dana Point neighborhood window cleaning special. Zip Codes: 92624 – 92629

Laguna Beach is a seaside resort city located in southern Orange County. Laguna Beach homes are exposed to a lot salt water. The windows can get really dirty. We recommend having your window cleaned every four months if your home is close to the coast. Also having those screens cleaned will help them hold up over time. Pressure washing the exterior is also recommended for this area. Give Scott a call and see about are combo specials.
Laguna Beach Zip code: 92651 – 92652

Laguna Hills is an upscale suburban city located in southern Orange County. Its name refers to its proximity to Laguna Canyon and the much older Laguna Beach Other newer cities nearby—Laguna Nigel and Laguna woods —are similarly named.
Laguna Hills is built on one of the major land grants developed during the rancho era. Following Mexico’s independence from Spain in 1821, those who had served in the government or who had friends in authority, were given vast lands for cattle grazing
Laguna hills also has neighborhood window cleaning special.
Laguna Hills Zip codes: 92637 – 92653 – 92654 – 92656

Mission Viejo: is an affluent city located in southern Orange County U.S. in the saddleback valley. Mission Viejo is considered one of the largest master built communities ever built under a single project in the United States, and is rivaled only by Highlands Ranch in its size. Its population as of 2013 was estimated at 96,346.
Mission Viejo is suburban in nature and culture. The city is mainly residential, although there are a number of offices and businesses within its city limits. The city is known for its picturesque tree-lined neighborhoods. The city’s name is a reference to Rancho Mission Viejo a large Spanish land grant from which the community was founded. With no job to big or small for Superior Window Cleaning give us a call. Try are exterior special. Why look out those dirty windows any longer. Call Scott and we will come tackle all your window cleaning needs.
Mission Viejo: Zip code: 92690, 92691, 92692, 92694